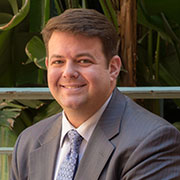 S. Adam Spiewak, Esq. is an experienced employment attorney/HR Consultant who focuses on real-world conflict de-escalating solutions to legal and human-resources concerns by recognizing the interplay of legal framework, business needs, and inter-personal dynamics. He has been called upon to proactively represent clients in litigation, the negotiation and drafting of contracts and severance agreements, handling compliance issues, the drafting and revision of policies, and training of employees. Adam is a trained negotiator, mediator and workplace investigator. Adam has  practiced in California for more than a decade and is admitted in all Courts in California, including each of the Federal Districts.

Adam’s past experience includes several years at a large national law firm and followed by practicing at a national boutique Labor and Employment firm, working with some of the finest and most respected attorneys in the nation. He has more recently focused on representing smaller and start-up businesses, as well as individuals and also has experience serving an interim General Counsel for a national company. Prior to embarking on his work as an attorney, Adam clerked for a Federal Magistrate Judge in the Eastern District of New York and was a judicial extern in the 2nd Circuit Court of Appeal chambers of now Supreme Court Justice Sonia Sotomayor. He received his law degree, with Honors, from the Columbia University School of Law; he received his undergraduate degree, summa cum laude from Columbia College, where he was also Phi Beta Kappa, and also spent a year as a visiting student at the London School of Economics.