What Is Sexual Harassment?

What Is Sexual Harassment?

There are two kinds of sexual harassment; quid pro quo and hostile work environment. The EEOC defines Quid Pro Quo sexual harassment as existing when there are unwelcome sexual advances, requests for sexual favors, and other verbal or physical conduct of a sexual nature when (1) Submission to such conduct is made either explicitly or implicitly a term or condition of an individual’s employment, or (2) submission to or rejection of such conduct by an individual is used as the basis for employment decisions affecting such individual. Quid Pro Quo sexual harassment is the situation when a manager says “sleep with me or you will be fired”. It is when a manager (it must be a manager because only a manager has the power to control the terms and conditions of the subordinate’s employment) requests sexual favors in exchange for promises of job advancement or threatens job detriment for a refusal to perform sexual favors.

The other type of sexual harassment is “hostile work environment” harassment. This exists when there are unwelcome sexual advances, requests for sexual favors, and other verbal or physical conduct of a sexual nature when such conduct has the purpose or effect of unreasonably interfering with an individual’s work performance or creating an intimidating, hostile or offensive working environment.

Can You Afford To Not Comply?

What The Law Requires

How We Can Help 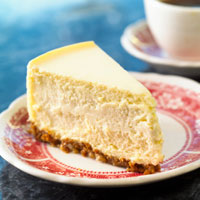 Cheesecake Factory Lesson for Employers: Never Ignore a Complaint of Sexual Harassment, Even If It Is Between Members of the Same Sex.

The Cheesecake Factory, Inc. learned this the hard way when they were recently sued by the EEOC for failing to respond to complaints by male Cheesecake Factory workers that they were being harassed by other male co-workers. The male employees complained to management at the restaurant about same-sex harassment but management ignored the complaints and allegedly did nothing. The EEOC attorney for the plaintiffs stated that “[a]ll employees, both men and women, have a right to work in a harassment free workplace”.